Articles  >  Near Future of Work 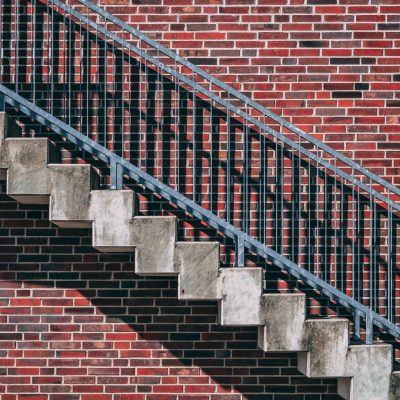 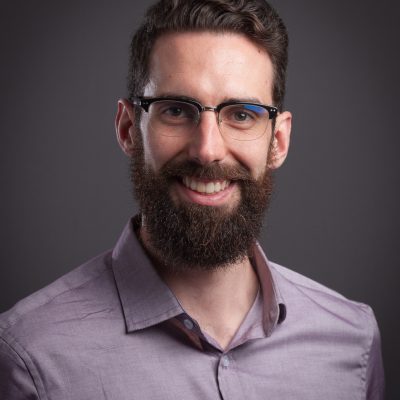 Entrepreneurial solutions to address local problems can come from anywhere – government, private sector, or NGOs. There are plenty of people working within various levels of government who are taking an entrepreneurial approach to address the challenges that they see. What matters most when addressing social issues through entrepreneurship is carrying an attitude of problem-solving and having a willingness to experiment with multiple solutions to arrive at the best one.

Today we need entrepreneurs and their problem-solving now more than ever. Climate change threatens the world with more frequent and destructive weather patterns while Covid-19 enacts a massive toll on health systems and vulnerable members of society. Not sure if you are on the path towards entrepreneurship? Neither was I.

I’ve learned a couple of things that may inspire you to seek your entrepreneurial journey.

THE PLAYGROUND ENTREPRENEUR AND OUR UPBRINGING

Unlike many of my friends, entrepreneurship was not an early dream of mine. The goal of owning and operating my own business never appealed to me. I simply saw it as chasing money, which was not an important priority. My main interest lay in solving the problems I saw around me. Growing up in Jamaica, I saw my fair share of problems — poor public schools, racism, homelessness, inequality. However, that didn’t mean that entrepreneurship didn’t have its perks that appealed to me.

My first brush with entrepreneurship was making and selling temporary tattoos to friends in elementary school. My “business partner” and I would draw the designs on paper with markers and sell them for $5-20 Jamaican dollars (10 – 40 cents). They weren’t masterpieces but we earned enough money to buy ourselves lunch that day. It solved a small problem we knew existed — kids want to look unique and hop on trends — yet I didn’t see how that could be connected to the larger problems I saw in the world.

At that time, I viewed governments and NGOs as a way to solve these problems. This was probably shaped by my family’s experiences. My parents were working in Jamaica through a partnership between the United Church in Canada and the United Church in Jamaica and the Cayman Islands. Previously, they had worked for the Ontario government, research labs, or other NGOs. In my mind, there was a clear divide between organizations that existed to make money and organizations that existed to solve problems. I’ve encountered this belief throughout my life and it’s an easy one to slip into.

MORE TO ENTREPRENEURSHIP THAN THAT

As I got older, I was exposed to more examples of problem-solving entrepreneurial ventures. I realized that the divide isn’t as wide as I thought. First I noticed social enterprises and co-operatives in Manitoba, where I went to university. AKI Energy , a local social enterprise, partners with First Nations reserves to create local ventures installing energy-efficient geothermal systems and creating sustainable farming projects. This creates well-paying installation and farming jobs in communities while transitioning their energy sources to low-carbon alternatives and developing a localized food economy., Over the course of my business degree, I began to see the problem-solving nature of private businesses too.

How could I apply this new knowledge and skills to issues that I cared about?

This awareness led to my next exposure into entrepreneurship. Winnipeg’s municipal election was approaching. With seven candidates running for mayor and a referendum question on the ballot for an important urban design decision, there was a lot of information for the public to take. Each candidate had a website, there were multiple debates each week, and various groups sat on either side of the referendum debate trying to win over anyone who would listen. The downside was the lack of independent media coverage of election issues targeted at millennials. Everyone that I knew was presumably too busy with university, work, and family to find the time to follow what was happening. They cared about local events and regardless, wanted to make informed decisions when it was time to vote.

I realized there was an opportunity to provide election coverage in ways that were easily digestible. I began attending debates to summarize candidate positions in real-time via Snapchat. I interviewed candidates about their positions and the issues that mattered to people my age and posted the conversations on my blog. My friend and I hit the streets of the city to ask dozens of Winnipeggers around the city how they felt about the referendum. The result was this Youtube video that framed the sides of the debate and how it would affect different groups within the city. Through all these activities, Herd Media was born.

Many of my peers mentioned that YouTube and Snapchat were the only sources they sought out before the election. There was clearly a need for a bite-sized form of journalism targeted to younger demographics. You could think of this as my market research. I didn’t begin by planning to create a digestible form of journalism, I simply started covering important issues and iterated over time. It also opened my eyes to the ability of platforms to support free speech, a topic that is even more relevant today. Two more friends joined the venture and we decided on a logo and website before laying out a business plan.

Around that time I flew to Toronto to interview for Venture for Canada (VFC), learning a few weeks later that I was accepted to the Fellowship program and would be moving to Toronto in just four weeks. My friends and I made the difficult decision to not move forward with Herd Media but learned first-hand the potential of entrepreneurship to solve local problems.

It’s been a year and a half since I moved to Toronto, and my time here has given me an excellent view of the many startups solving larger problems. One of the startups I worked for, MakerKids, exposes kids to technology in a maker space at an early age to develop technical skills in STEM and improve job satisfaction later in life. The founder, Jenn, started the business after leaving a corporate job and learning that job dissatisfaction rates in Canada were almost 50%. She identified a problem and created a space for kids to learn and grow.

Although there are some problems that governments are better-placed to solve, there are more problems than governments can deal with. Governments excel at stepping in to address market failures, externalities, or skewed incentives, but businesses and entrepreneurs act as nimble and responsive solution-providers. They have the flexibility to take on the myriad challenges that governments are too slow or too preoccupied to focus on. The strength of entrepreneurship lies in its flexibility, versatility, and adaptability. If one thing doesn’t work, iterate on the idea and try again.

VFC has had a significant role to play in this journey for me, exposing me to entrepreneurs, startups, and ideas in one of Canada’s innovation hubs. It also helped me realize the importance of innovation and entrepreneurship within the Canadian economy. We cannot continue to expect to develop our economy in the current confines of capitalism and by forever extracting raw materials. The recognition of communal problems regarding accessibility and inclusion are becoming more apparent and our economy must change to accommodate them.

I met one of my best friends during our time in engineering school. I dropped out of that program in favor of business while he took the harder but arguably wiser path of completing an engineering degree. We’ve been talking about starting a business together since those university days of 2014.

He currently lives in Nunavut and from what I’ve heard, Nunavut has its own share of challenges. They have highs of 13 degrees in the summer and lows of -35 degrees in the winter. Not to mention the fact that for a month and a half, each day consists of 24 hours of darkness. Most of the building materials, food, and amenities are shipped in once a year or flown in at a high cost.

Because of this, many of our business ideas in the last few years have focused on technology solutions; airships to reduce flown-in food costs and lower greenhouse emissions, self-contained shipping container gardens to create a robust local food economy for fresh produce, and balloons with mounted technical instrumentation to measure weather patterns caused by climate change.

All of these are worthwhile ideas to explore, but they’re not easy to execute because they require an element of innovation in addition to entrepreneurship. These initiatives call for technical skill, up-front capital, and local know-how — not to mention a way to ship in the necessary equipment. When I spoke to my friend last week, he hadn’t been discouraged by these barriers. In fact, he has helped start two businesses. The first is a taxi company to ensure people easily commute, while the second is a project to build rental housing. He identified pressing problems in his community — low personal vehicle ownership and high housing costs — and is working on solutions that while not new, have yet launched in his community.

INNOVATION AND OUR CURRENT ENVIRONMENT

Innovation and entrepreneurship are at the forefront due to our need to respond to the global crisis. For example, the consequences of our pandemic responses have hit local businesses hard, leaving many with no cash flow or customers. Local entrepreneurs are thinking creatively about this problem. I started attending the Underground Dance Centre in downtown Toronto at the beginning of 2020. I paid a monthly membership fee, which entitled me to 4 classes a week. The classes were pretty packed, which speaks a lot to the high quality of the instructors and the intensity of the choreography. When the covid-19 pandemic hit, the Underground was forced to close and suddenly faced a problem that threatened to shut their doors forever. No more cash flow. Like so many service-providing businesses in Canada, their services cannot be provided digitally. (One could argue that they could provide classes online, but I know that I, like many others, found the idea of digital dance classes a far cry from sweating it out in a studio).

I looked into canceling my membership once it was clear there was no way to attend the classes I was paying for every month. But during the cancellation process, the Underground offered an option that stopped me in my tracks. They offered two months of free membership for every one month I paid during the pandemic. That’s a two for one deal and the opportunity to support a local business during a trying time. I gladly accepted and look forward to the day when I can return to the studio. 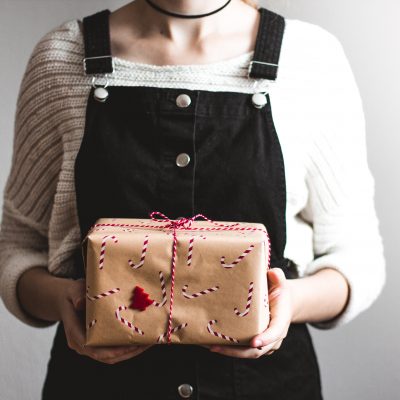 The Gift of Community | Venture for Canada 2020 Gift Guide 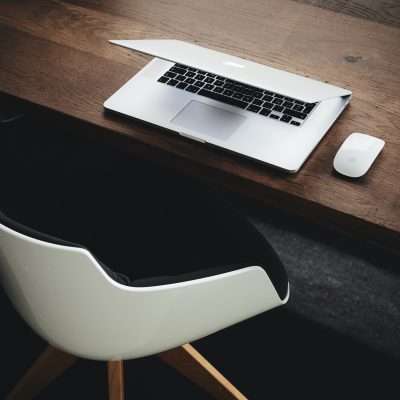